When MPs escaped from the city to avoid climate change choices, the Oregon governor sent the police 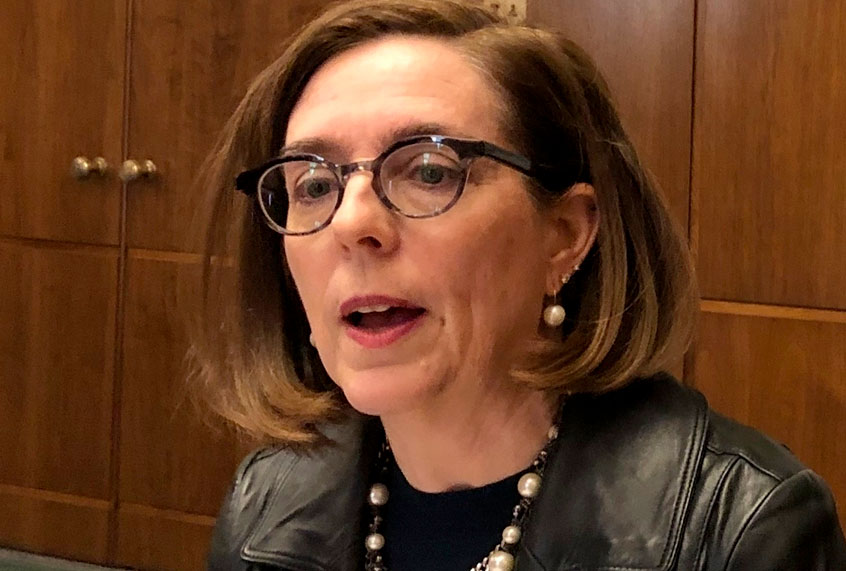 Oregon lawmaker Kate Brown sent state police on Thursday to find the missing Senate Republicans and return them to the Capitol to issue laws after some MPs fled the State of Beaver in an attempt to block production in the hall. from eight hours of ineffective talks late Wednesday evening, 11 Republican state senators stepped out of Thursday's session because of disagreements on HB 2020, a bill on limiting and investing to tackle climate change. Senators from the PP did not appear later on Thursday for litigation, leaving the legislature two senators not having the required quorum.

Senate President Peter Courtney, a Democrat, has asked the sergeant to search the Capitol for deputies who failed to appear on the senate floor for Thursday's session.

"This is the saddest day in my life," Courtney said on Thursday on the senate floor. "Clear and simple, my heart is broken."

Then he officially asked Brown to deploy Oregon cops to return the missing Republicans from the Senate. Brown approved this request. "It is absolutely unacceptable that Senate Republicans will turn their voters back, which they are obliged to represent here in this building," Brown said in a statement. "They have to go back and do the work they were chosen to do."

Oregon police said in a statement that the governor "has given a legal directive that the CAP is fully committed to doing." They are now looking for the missing MPs.

State servicemen "use the established connections to have kind communication with these senators." Although obviously we have a lot of tools, patience and communication are and will always be our first, Brian Bocquist met with Brown's original warning to lawmakers, he proposed to shoot with state soldiers if Brown sent them to take his colleagues from the Republicans

"Send the bachelors and come armed," he said, "I will not be a political prisoner in Oregon. It's just that simple. "

Senate Democrats announced that a fine of $ 500 would be imposed on every senator on Friday for every day they are absent from the Senate floor, the money will be deducted from their daily salaries

"The protest cap and exit trade today is our constituency and exactly how we have to do our job," a statement said on Thursday Hermann Baytzkiger junior from the republican senate. "We faced threats of arrest, fines, and fundraising from municipal projects by the governor, the senator and the leader of the majority, and we will not stand and be bullied by the majority party."

Baertschiger Jr. said: he decided to leave and left the state to protest the cap and the trade because it had to be put to the vote [instead of voted on in the state legislature] so that every Oregonian would have a voice. "

In response to Strandzha's plans and Brown to the senators, he launched online fundraising to cover Republican Senate spending, and he collected over $ 17,000 in support of MEPs from Friday morning

help our brave senators, "writes the organizer who identifies himself as Carol Williams of Silverton

reductions, the state will begin to impose on importers of fuels and industrial companies to buy "allowances" for every tonne of greenhouse gases they emit.This would be bought at auction and then could be traded between regulated countries.

With emissions reductions theoretically, emissions will become more expensive and thus drive companies to reduce consumption and associated emissions. Revenues generated by the program will be used to finance emission reduction programs and other climate-friendly efforts.

Majoritarian state leader Ginny Burdick calls republicans a slap for all hard-working Oregon, especially for those in their area. "

" Taxpayers pay them to work for their voters, and they do not do that work. Yet they collect their salaries and daily payments for not doing their job, "she said on Thursday in a statement," This is not the example we have to put for our children. "