Why Amazon buying Eero is so disappointing 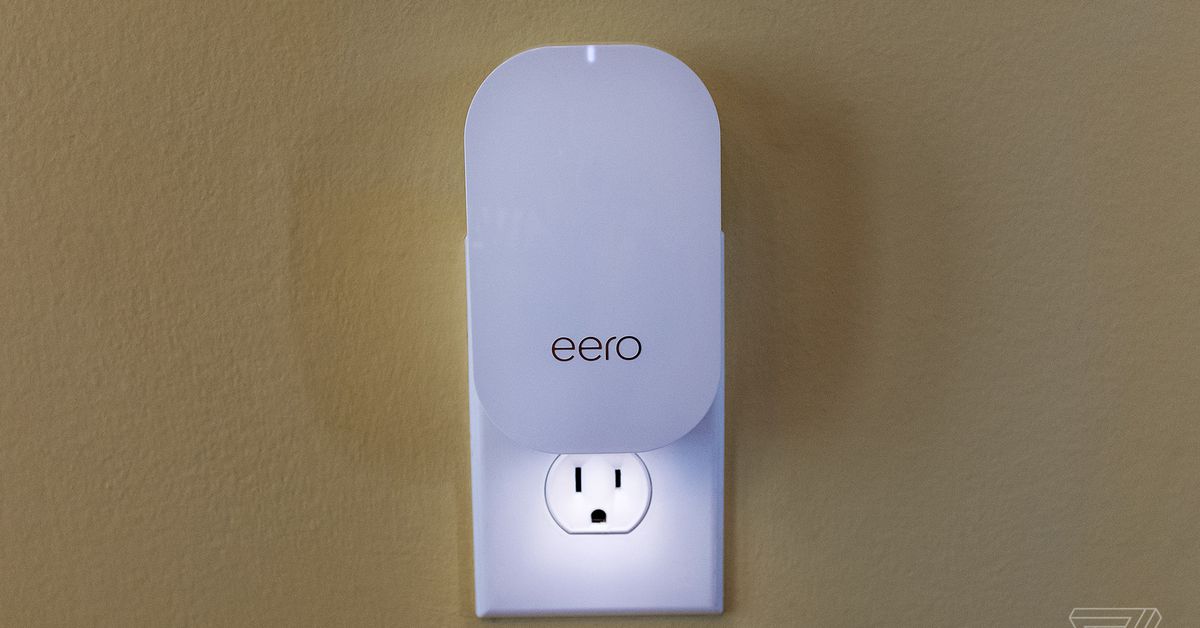 Amazon sure does love surprises. The original Echo came as a bolt out of the blue and even after the business was well established, the company just last September saw fit to unveil literally dozens of new Alexa products and features to an unsuspecting world. Last night's announcement that Amazon intends to acquire the Eero mesh routing company was another surprise, but the out-of-nowhere nature of it should not have surprised anyone. That's how Amazon does things

Amazon's stated reason for buying Eero is about what you'd expect: "We have a shared vision that smart home experience can get even easier, and we're committed to continue innovating on behalf of customers, "wrote SVP Dave Limp in the press release. Wi-Fi is crappy in most homes and crappy Wi-Fi means crappy performance for smart home gadgets. Amazon needs smart home gadgets to work well.

Maybe Eero's mesh network could be built-in to future Echoes. Maybe future Eeros could get microphones built into them. Maybe Amazon will hug Eero so tightly it will die or maybe Amazon will let it live as an independent unit, much like Ring. Maybe Eero Plus – which includes a VPN and anti-malware and even a subscription to a password manager – would be bundled for free in an Amazon Prime subscription

Maybe it's because Amazon's upside is so obvious, but everyone is talking about is customer downside

There is a lot you could speculate on – and in reply to emailed questions Amazon itself refused to speculate (or, for the record, to comment on the terms of the deal beyond noting every Eero employee would be receiving an offer from Amazon). Still, though, you can see lots of possibilities when you apply Amazon's vast resources to a scrappy little company like Eero

But this time, the surprise might be on Amazon. The first reaction from people who know and love Eero was not speculating on any of these possibilities. Instead, overwhelming reactions were consternation, concern, and exhaustion.

Consternation . Specifically, an independent company was once again snapped up by one of the big tech giants. We all feel trapped – or perhaps captured – by the various ecosystems we live in. We all use excellent products every day made by behemoth companies, but increasingly only made by those companies. iPhone or Android, Chrome or Safari, Surface or Mac, Windows or Chrome OS, and even Facebook or Twitter: all, in one way or another, come from one of the big guys

Eero was different. It was a tiny little company that made a great little product. Something simple, elegant and reliable. Would it have been too much to ask that it stay independent? Perhaps, but we do not know Eero's financial situation. But it's getting harder to find independent hardware startups that can scale up to something big without getting bought.

Ugh I think? I'm glad Eero will get more resources, but I kinda loved having at least one important gadget in my life not made by Apple / Google / Amazon / Microsoft or captured in their ecosystems. https://t.co/01MryDQw8H

Concern. Over data privacy, of course. You can not turn on a screen anymore without wondering who is profiting from what your eyeballs are seeing. Eero did not really participate in that and Amazon does. So it's assumed that nothing good could come of Amazon getting another treasure trove of personal data

And it could be absolutely a treasure trove. You will not have a much more intimate set of information about you than what your Wi-Fi router knows. It knows when you're home and when you're away. It can sess out what websites you visit (before the SSL kicks in, anyway) and how many movies you're streaming.

Now, Eero does not collect that information. It specifically says so in a easy-to-read help page. (Oh, making such policies easy to read is another reason that we are sorry to see Eero get snapped up by a company that probably has much more loquacious lawyers.) I asked Amazon what it plans to do with the data routers Eero could potentially collect and the company tells me it has no plans to change Eero's privacy policy

Hi Steve! eero and amazon take privacy seriously and we will continue to protect it.

But as we've learned: plans change. And even if Amazon sticks to an ironclad promise, that does not mean there are other, more sideways ways for Amazon to use what Eero might know about you. A quick perusal through Eero's app reveals that it pretty much knows the make and model of every gadget I own. That's potentially valuable information to a company that sells gadgets, right?

Does Amazon need that information to figure out what gadgets to sell or produce? Maybe, or maybe not. It seems like having Alexa in your house is more than enough for Amazon to collect all sorts of information about your habits, anyway. But years after the change in management, will it be hard for those new managers to remember why they kept Eero's privacy policy and resist quietly updating the terms of service? You can not help but worry about it

And so: Exhaustion. It's exhausting thinking about how rapacious big companies are when it comes to our data. It's exhausting to think about how difficult it is for independent companies to stay independent. Amazon buying Eero just feels different after we've spent the past three years realizing just how much control all these tech giants have over our lives.

But if you want to reduce that control, what are you going to do? Buy and Netgear Orbi? Sorry, that's getting Alexa too.