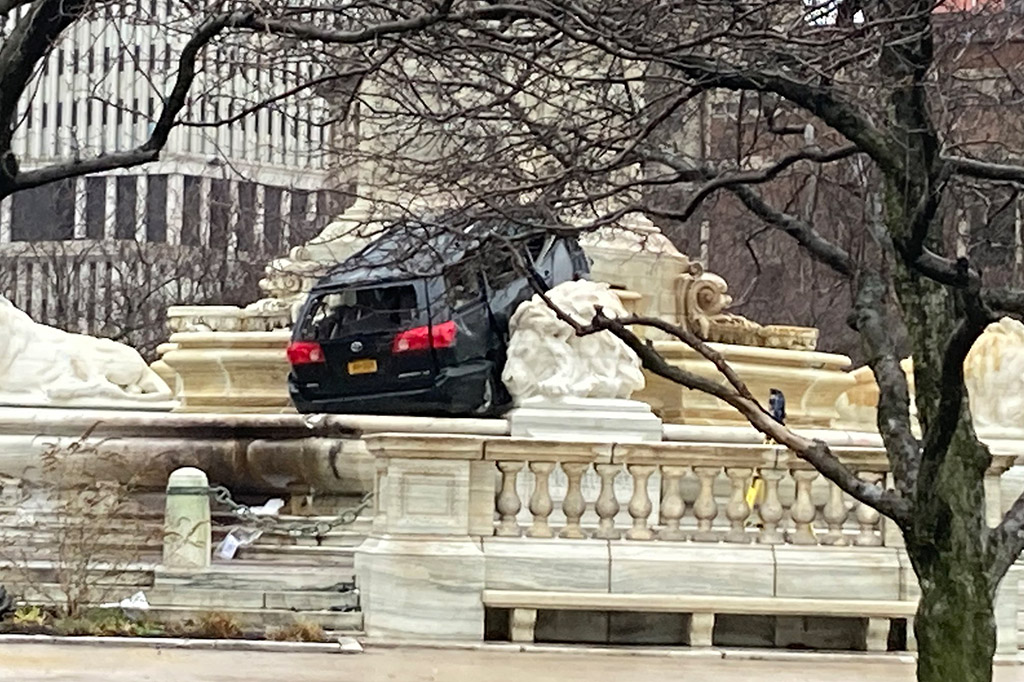 A fast minivan that crashed in downtown Buffalo killed a woman and left the driver in critical condition on Thanksgiving, authorities said.

The vehicle was traveling at “extreme speed” when it crashed into a McKinley monument in Niagara Square around 7:30 a.m., Buffalo Police Captain Jeff Rinaldo told reporters.

The woman died at the scene and the driver was in critical condition at ECMC Hospital.

Police did not identify the woman or the driver.

Cops have opened a criminal investigation and notified the Erie County District Attorney’s Office to determine the cause of the crash.

No charges have been filed.

Trump’s Bidens historically in its magnitude