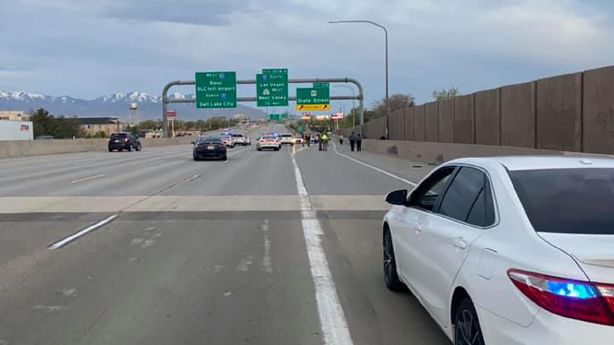 SALT LAKE CITY – The Westbound I-80 in Salt Lake City has reopened after officials closed the 700-East Highway earlier due to a police investigation.

Sometime after that, a car crash was reported on an I-80 near State Street. A Utah highway patrol responded and found a dead woman, Crail said. The victim appears to have a gunshot wound. A man who was also in the car left the scene. Police have located him and are questioning him, officials said.

The road accident is believed to be related to the shooting.

All lanes to the west are closed between 700 East and State Street, but have reopened since. The State Street exit remains closed, according to the Utah Department of Transportation.

The highway is expected to open around 1

Published by the South Salt Lake Police Department on Saturday, May 1, 2021.

This is development news and will be updated as more information becomes available.

Receive traffic updates on the KSL Traffic page and at udottraffic.utah.gov.