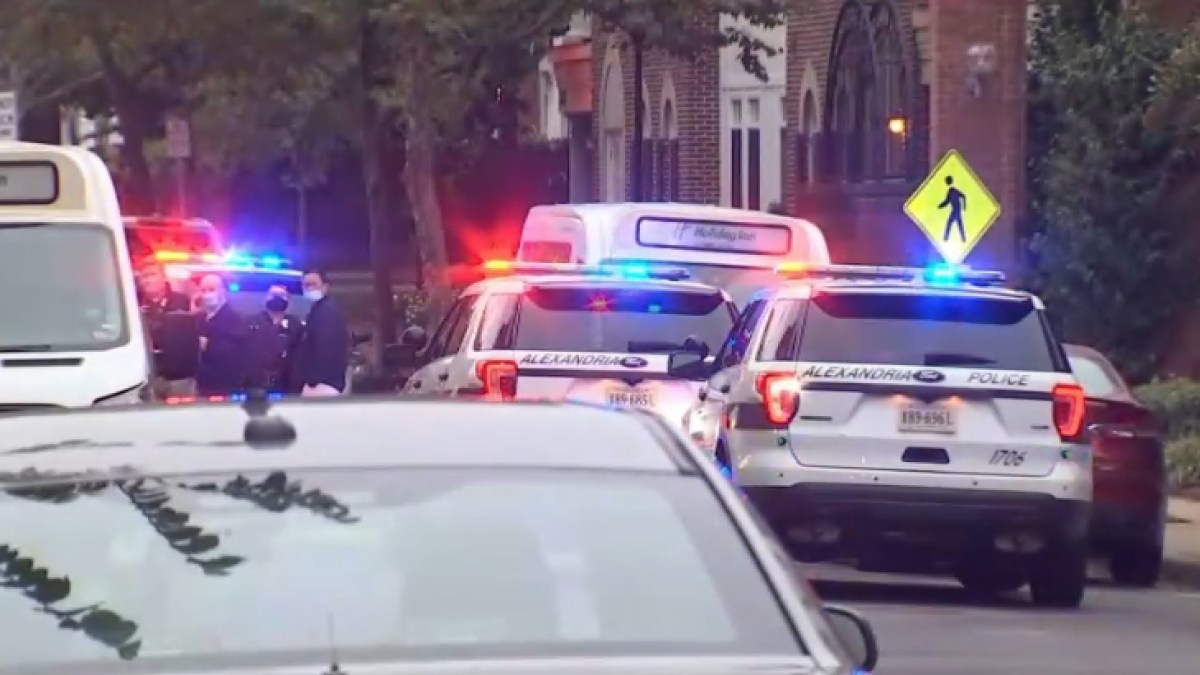 A police officer was shot and wounded, and a suspect was fatally shot after a shooting broke out early Monday in a hotel and on residential streets in the Old Town of Alexandria. For more than an hour, residents of several blocks were told to stay inside and lock their doors and windows.

An Alexandria police officer was in fair condition after being shot in the lower body, Lt. Courtney Ballantyne told a news conference later Monday.

Someone suspected of opening fire on officers was shot and killed. This person’s name was not announced immediately.

Police in Alexandria received a call around 5 a.m., reporting shots fired at the Holiday Inn & Suites Alexandria – Old Town, in the 600th block of First Street. The hotel is at the northern end of the Old Town and a few blocks from the Potomac River.

Officers began investigating the robbery at the hotel and established a perimeter outside while searching for suspects, Ballantyne said.

Download our free NBC Washington app for iOS or Android to get the latest local news and weather.

An officer chases someone about two blocks away, and they exchange shots on Second and Royal Streets. The officer was shot there.

The suspect ran away and the police continued to search. Officers and K-9 found the suspects and “more shots were exchanged,” Ballantyne said.

The suspect then stopped firing. Police waited and later found the person dead on Montgomery and Fairfax streets.

It is not immediately clear whether the suspect was killed by police or died from a self-inflicted wound, Ballantyne said. The investigation continues and Virginia police are cooperating.

Residents of several blocks were told to stand indoors at 7:30 a.m. with locked doors and windows. The “stay in place” line was raised around 8:45 a.m. It applies to homes between Bashford Lane and Montgomery Street, from N. Washington Street to the River.

Stay tuned with NBC Washington for more details on this evolving story.