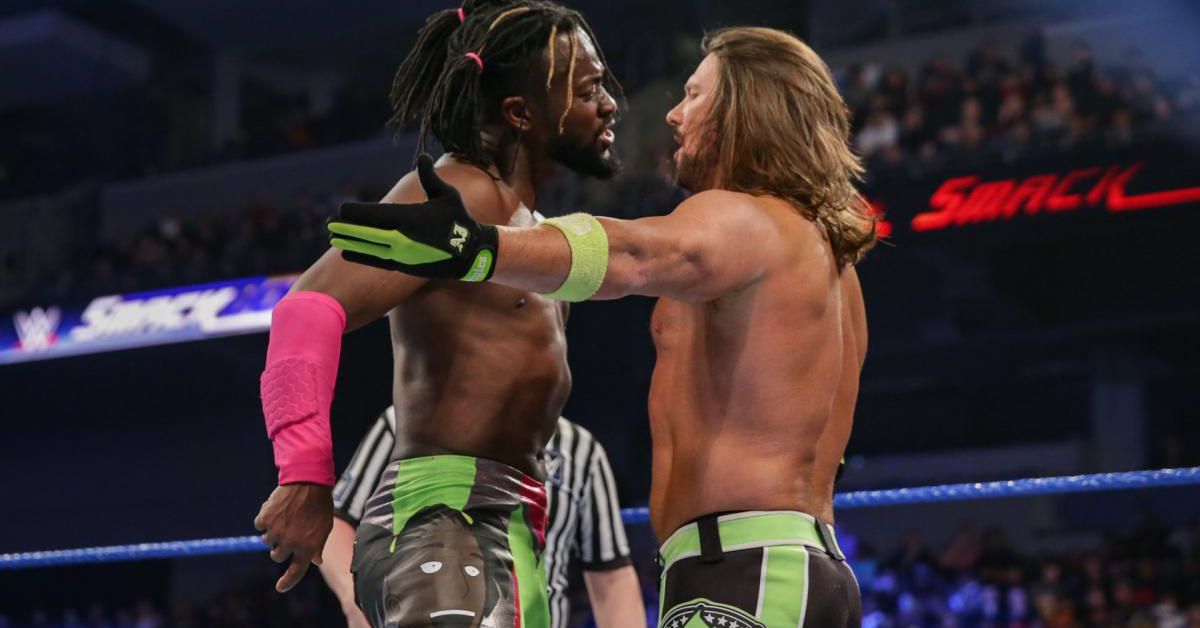 Well, I'm sold. I want Coffey Kingston to be a world champion and I want it yesterday, please. When I read this news I expected to become Kingston and I bet that you did. How long has the New Day talked about? How long have they said their case and sworn to help Kingston become WWE Champion?

I've always been about this end result … but it was a crazy dream, you know? I'd like a million dollars;

… And then WWE made Coffey Kingston come out and get rid of his ass for over an hour. They made him hang the WWE Champion and then give up two other men on the same night. No words, man. I am silent. These are the things I wanted on the way to WrestleMania. We finally managed to get him out. The comment was great throughout the presentation. They began, showing skepticism to Kingston's chances before moving to surprise, awe, and then a grim resignation. In the night of his career, the threat of the Elimination Chamber had risen to a great extent in defeat.

As for Kingston, he played his role to perfection. Early he gave us the high-quality stuff and used his energy and counters to remove Daniel Brian. He had to coincide with Jeff Hardy's new legs as he moved with fumes, and then slipped out of Joe's own self to steal victory by turning the coin into a pin. The concern of AJ Styles and told the former champion to bring him. And hell there are styles too!

In defeat, the rest of the New Day-god blesses them-came to the ring and delivered his friend as if he were a champion. The pure, unbridled support of the New Day is something else. This is something we probably need more of our lives, and it only strengthens my desire to see Kingston as a WWE Champion.

Randy Orton won, but who cares. I do not expect Kingston to win on Sunday, but I want him to be a champion.

Is there a better WWE talent in creating bad blood from the USO?

These guys do it with every team they meet. Remember the New Day battles with Bar. They talk crap, they get into your face, and they fight it like that .

We do not need monologues. Make a point and throw your fists. At McMiz, Usos did just that.

They refused Shane McMahon's suggestion to sit for a start and immediately mocked Team Team Champions to get "The Greatest Tag Team in the World". the task is not a real label team. Are they all really in this thing?

Miz and McMahon did not take too much of their test for a "label team" that just ate Usos. They began to rob microphones and point faces before leaving champions to the right with supercars to put an end to the segment.

I love how you can get rooted on both sides here. Usos's argument is solid, but could probably be interpreted as elitist. As for the champions, they are fun, but you can still see this as short-term pairing. Will they stay together for long distances?

One of my biggest problems with Raw was how he did not do anything to sell the Removal House. Let Usos do the job properly.

Charlotte Trolls All – Nowadays, there is some interesting work with Charlotte. Over the past few months, Becky Lynch has fully owned her, and in response to this, she began to take advantage of Lynch's success a few weeks ago. At this show she calls Lynch silly, essentially, to put herself in a position to be stopped. And according to his sense of denial, Charlotte did what the most privileged people did; she denied that Vince McMahon had favored it at all. No, this could be never right? It's just better than any other option.

Naomi and Carmella def. Mandy Rose, Sonya Devil and IIconics – SmackDown conducted the same story as Raw with their female labels: The loser of this triple threat will enter the Elimination House. And though they did not fight, IIconics was the story here. They made it clever by not marking it at all .

The whole presumption of this game is wrong for starters, so why would you want to label on Earth? Instead, IIconics stood on the apron and rocked before defeating both teams after the bell. In fact, it was pretty cool.

Mustafa Ali with a fantastic breakthrough – Mustafa Ali is the most expensive rookie I can remember. He is so easy to sympathize and sucks that he had to be drawn out of the match in this room. Fun has the potential to make its success even sweeter.

Do not look at Raw, people. Watch SmackDown.

Are you in the band from Kingston with me, Cageside?