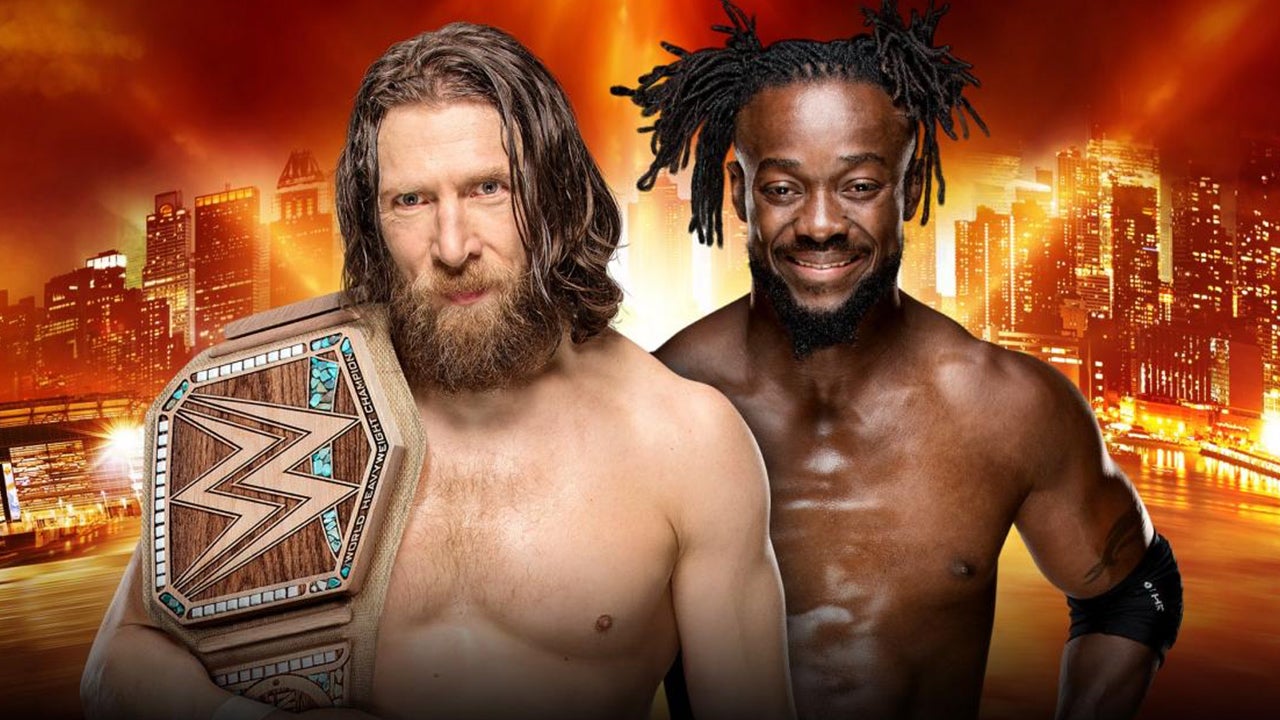 On this historic night, Becky, Charlotte and Ronda will be the main event!

Still reeling from Bret Hart being attacked by a "over-exuberant fan" (WWE's words , not mine) at the Hall of Fame Ceremony? Still shaken from an over-exuberant Enzo crashing the ROH / NJPW G1

Supercard at the Garden? Well, we've still got sixteen matches to plow through. Two of which is Battle Royals. One of which has freakin 'SNL cast members in it.

At least 'Mania 35 falls squarely between Walking Dead's Final and Game of Thrones' premiere, because I for one remember when, years ago, that all happened on the same night. It was not ideal. This year, 'Mania is free and clear and ready to serve an overtly overstuffed card. But there's a silver lining: Kofi Kingston has a shot at winning the WWE Championship, Seth Rollins just might break Brock Lesnar and walk out as Universal Champion, and "The Man" Becky Lynch is prime and ready to go over Ronda Rousey and Charlotte to bring her both womens' women's titles – in a match that will make history by going on last

@TheMattFowler for a live-tweeting bonanza / extravaganza. Remember, folks, this is A LOT. It's okay to get up and stretch occasionally, feverishly pace the perimeter, call an ex, start an oil painting, what have you. Matt Fowler

Last minute to the card, which, at this point – why not? Might as well get the Raw tag champs in there for good measure. It's only taking up Kickoff Show time. Which is not real time. The match went longer than I thought it would, and Ryder and Hawkins got to look pretty damn good. The question when it comes to underdog undercard matches, especially those that have Ryder in them, is "do we have the lesser team win for the big shocking Mania pop?" Also, what's the Revival's current standing within the company? Rumors were swirling that, despite being champs, they were still unhappy. Which means …

… an inside roll up by Hawkins for the win. Yup.

Now, do Wilder and Dawson win the belts back tomorrow night? Ryder and Hawkins

Braun hurling Jost over the top rope into all these dudes will get a lot of main stream coverage. Seth Rollins

Shane McMahon vs. The Usos