With a lot of smiles and laughter and a little ribbing with a new T-shirt, Dallas Cowboys owner Jerry Jones and running back Ezekiel Elliott held a press conference Thursday afternoon to talk about the NFL's contract extension that will keep him in the team of America for the next eight years. 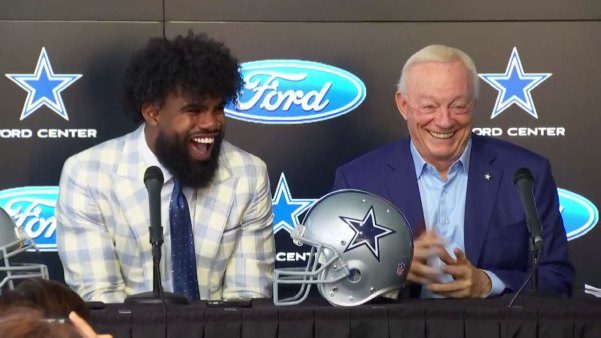 Elliott's involvement, which kept him from participating in any pre-season activities of the team, was often compared to that of Emit Smith in 1993 when he was negotiating a new deal. However, this situation was a little different since Smith was out of contract at the time and Elliott had two years left of his initial deal.

While the Cowboys are not discussing contract details, the contract is estimated to cost $ 90 million over six years. Jones said it was "very dynamic". As for what that means, Jones has not clarified.

He then pointed the microphone at Elliott, who first thanked Jones for the opportunity to play for the Cowboys and then for the expansion, which would probably keep him in North Texas for the rest of his NFL career. 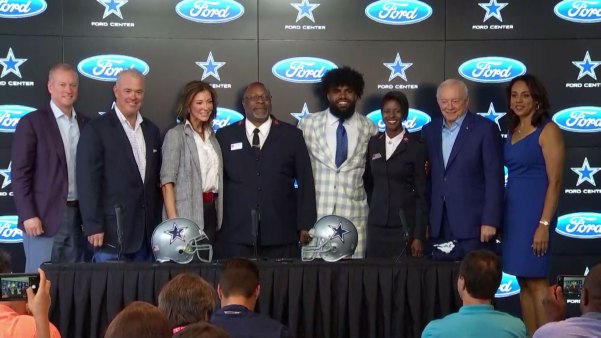 Ezekiel Elliott, center, poses with members of the Jones Family and representatives of the Salvation Army after promising to donate $ 100,000 to help build a new facility.

Elliott added that during his time in Dallas he had a good relationship with the Salvation Army and that he planned to donate $ 100,000 to help them build a new facility where they could better help the North Texans in need.

Then Jones, who easily said "Zake who?" when asked about the player during his possession, he pulled out a new T-shirt with the same statement on the front and back, there was a drawing on the running back obstructing a defender with the word "This is who." A quick check at the Cowboys online store revealed that not only is the shirt currently being sold for $ 29.99, Jones, once a marketing genius, has apparently kept the Zeke Who brand. 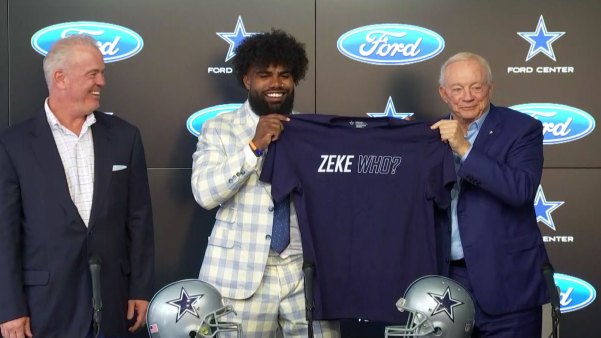 Ezekiel Elliott holds in front of Jerry Jake T-Shirt / Who is it? 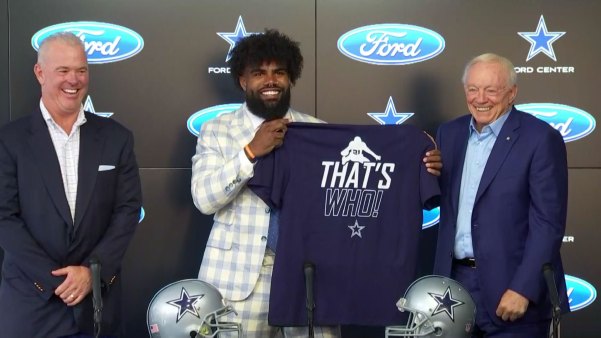 Ezekiel Elliott holds his back to Jerry's T-shirt / Who's who.

When asked about the shirt, Elliott said it was funny and that he was thinking of doing the same thing. It's probably safe to assume that

Elliott and the Dallas Cowboys start the 2019 season Sunday against the New York Giants. The game is at 15:00. at AT&T Stadium in Arlington. 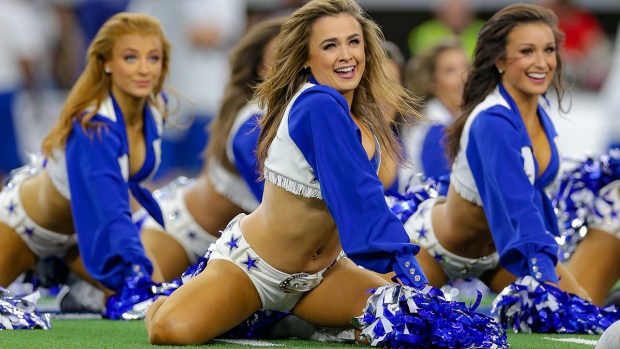 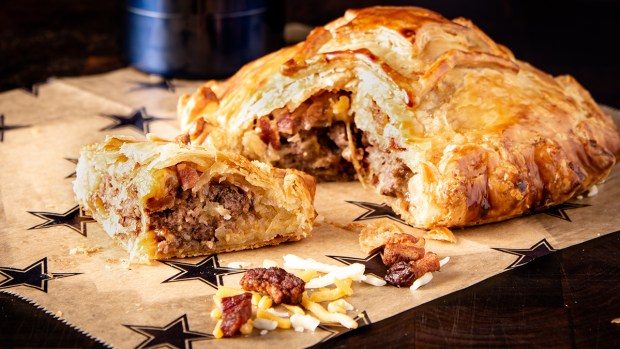 New items from the AT&T Stadium menu for 2019